Everyone knows that a Southwest Road trip is a great way to see a lot of United States National Parks in a short amount of time. Utah alone has 5 national parks in very close proximity to one another. We started our Southwest Road trip in Phoenix, Arizona and headed north to one of the most famous national parks, The Grand Canyon. But, I bet you didn’t know that there are four amazing Arizona National Monuments between Phoenix and the Grand Canyon! In fact, I’ll go so far as to say some of them were better than the Southwest National Parks we saw! We think that you should definitely add these national monuments in Arizona to your road trip in the Southwest!

By the Way If you Love the National Parks as much as we do, don’t miss these:

The entire road trip from Phoenix to the Grand Canyon is only a little over 4 hours, however, if you really want to enjoy these national monuments as well as a bonus feature, we recommend you stop over in Sedona, AZ after visiting the Montezuma Castle.

Here’s is a great list of hikes in Sedona as well.

We actually caught Montezuma Castle National Monument on our way back to Phoenix after our time touring the other national parks in Utah. Either way, you will enjoy Montezuma and you will definitely enjoy Sedona!

By the way, don’t miss hiking Moab when are in Utah touring the national parks.

“On December 8, 1906, President Theodore Roosevelt celebrated the passage of the Antiquities Act by declaring four sites of historic and cultural significance as our nation’s first National Monuments. Among these was Montezuma Castle, which the President identified as a place “of the greatest ethnological value and scientific interest.”

“Castle A” was excavated In 1933, leading to the discovery of artifacts from the Sinagua people who inhabited the region along Beaver Creek for over 400 years. Sadly, because looting of many of the artifacts occured as well as damage to the pueblo itself, visitors are no longer allowed inside “Castle A”, but it can be viewed from below.

To think that entire families lived in these cliff dwellings over 600 years ago is mind boggling. While you can’t crawl in, just viewing the Castle and it’s rooms from below is a treat and a taste of the things yet to come as you make your way north to the other fascinating national monuments in Arizona. If you have a bit of extra time and really love visiting cliff dwellings, here are some tips on visiting Puye Cliff Dwellings or Bandelier over in nearby New Mexico.

There is no doubt about it, Walnut Canyon National Monument was my favorite monument in Arizona. In fact, we later visited Mesa Verde National Park in Colorado and while the cliff dwelling there are also fascinating, we were unable to go inside them because we didn’t arrive a day early to get tickets. However, that is not necessary at Walnut Canyon so it was a real treal to get to go down into the canyon and actually walk around and into some of the dwellings.

As you can see, this national monument was a real hit with my kids. I will give you fair warning, however, the climb down into the canyon is strenuous. I was very nervous about it, but it really was fine. The steps are in great shape, but it is as they jokingly tell you, about 270 steps down and about 1000 steps back out. All joking aside, the NPS website shares the following information about the Island Trail.

You can take the less strenuous rim trail and view the cliff dwellings from above, but it’s much more fun to go down into the canyon. Just take plenty of water and pace yourselves. Trust me, it’s worth it!

Sunset Crater National Monument was a complete surprise to me! I had no idea that there were volcanoes in Arizona! Some time ago, long before children, I had the pleasure of visiting the Hawaiian islands with my hubby and the Volcanoes were simply fascinating. To learn that there are remnants of a volcano in the state of Arizona that dates back to an eruption more than 900 years ago! Mind blown!!

There are several trail options, but after you stop in at the visitor center, I highly recommend you make your way to the Lava Flow trail. Your kids will love this!! It was like walking on the moon! We had so much fun walking around on the dry lava beds. Despite the fact that the eruption took place around 1085 AD, the 1000-foot-high cinder cone created by the eruption, know as Sunset Crater, still stands with only partial vegetation.

The volcano is technically considered “extinct” it lies along the San Francisco volcanic field which covers 1800 square miles around the Flagstaff, AZ region and contains some 600 volcanoes. Sunset Crater is the youngest of these 600 volcanoes and scientists consider the region to be a Volcano hotspot predicting that another eruption is statistically likely, but no one can predict exactly when that might happen.

Wupatki National Monument is going to be you final Arizona National Monument you will encounter before heading to the Grand Canyon. We arrived later in the evening so our time was somewhat limited, but I am so glad we took the time to stop.

Wupatki is located in between the Painted Desert and the ponderosa highlands of northern Arizona. By the way, driving into the painted desert is stunning!

If you have visited all the national monuments in Arizona in one day, you may be tempted to skip it and just go straight to the Grand Canyon, but I highly encourage you to make time for it. It was a really fun stop for the kids even though we were all wearing down.

The Wupatki Pueblo is the largest pueblo in the monument, with about 100 rooms. The ½-mile (0.8 km) loop trail begins at the visitor center’s back door. Don’t miss the ball court or the blowhole, a fascinating geological feature, at the far end of the trail.

I think the most striking aspect of visiting the Wupatki National Monument for me was that here is this rather larger dwelling place out in the middle of nowhere in my opinion. It was hot. It was dry. And it was desolate! I can’t imagine trying to have a life here. It is interesting to learn about the Wukoki people who lived here for more than 800 years!! AMAZING!

As we left the monument and continued our way toward the Grand Canyon, the colors over the desert and glimpses of the numerous canyons created excitement for everyone. Arizona is a fascinating state with many geological and historical treasures to be explored.

Have you been to Arizona’s National Monuments? What were your favorite aspect of visiting the historical, geological, and natural American treasures? 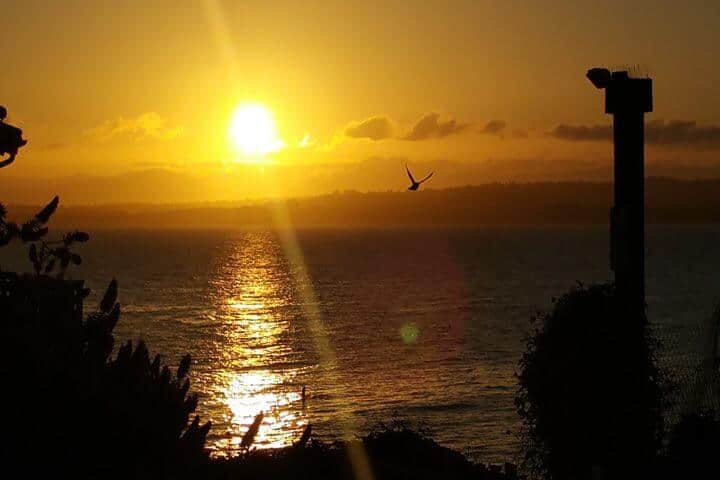 ← Previous
The Best Place To Watch Sunrise In Monterey, California 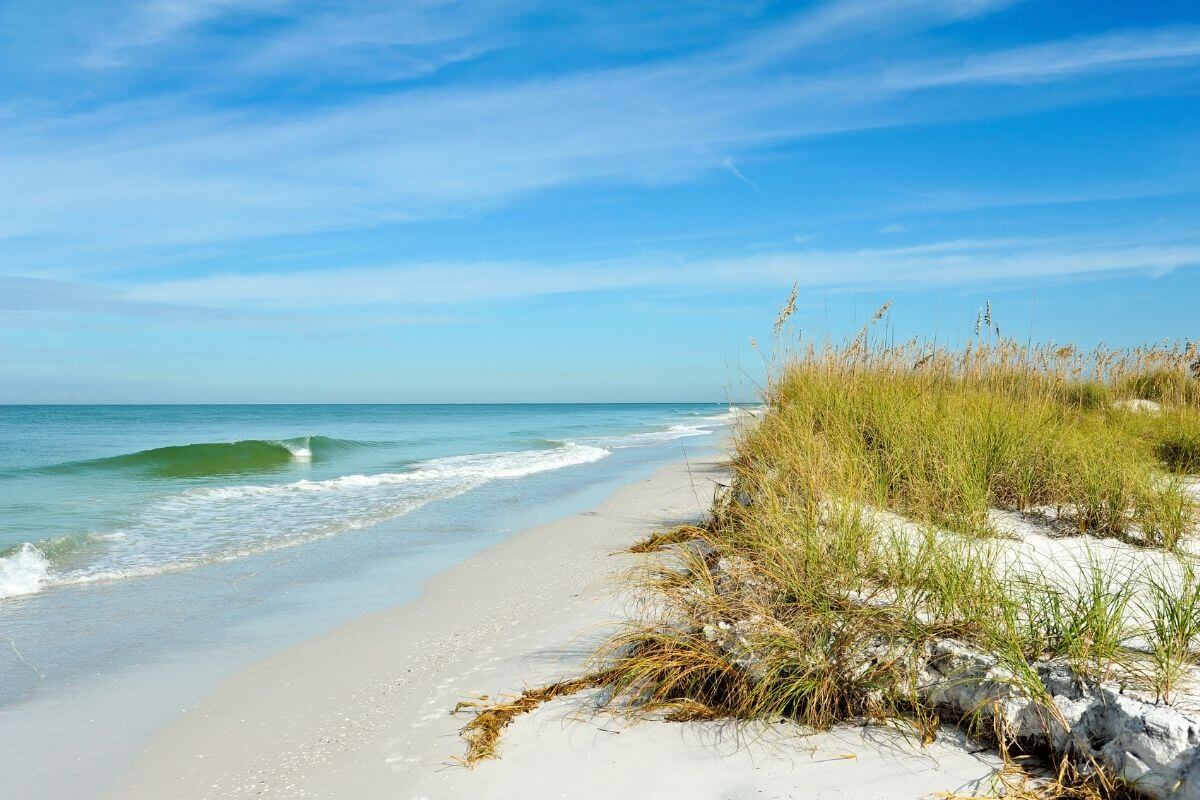 Yosemite With Kids: It's as if Yosemite was created with kids in mind!

[…] you entry into all 61 US National Parks as well as over 400 other US National Park service units, National Monuments, and National Forest Service parks. The pass more than pays for itself if your family enjoys the […]

Best US National Parks For Kids- Don't Miss These!!

10 Sanity Keeping Tips For Traveling With Kids From 12 years of doing so!

[…] we discovered something that wasn’t on THE PLAN! For example, we had an amazing time at the Arizona National Monuments while on our way from Sedona, AZ to the Grand Canyon. I had no idea they were even there, until the […]

[…] United States as a family a few years ago, I really wanted to go hiking in the US National Parks and Monuments. However, if you have kids you know that hiking with kids can be challenging and I often feared […]

Wow - we travel extensively in AZ so I thought I'd heard of everything, but we have never been to Montezuma Castle - we'll have to check it out the next time we're there. My kids' favorite was Wupatki because of the blowhole!